The motor of the washing machine was not working anymore. After taking the motor out and opening it up, it became clear that the carbon brushes were used up as well as the thermal fuse broken. I got another similar old washing machine motor and used its thermal fuse. For the brushes, I ordered new ones. The motor seems to work fine again, let's hope for at least some time :). What really bothered me was that the thermal fuse is not available (model Klixon 15AM213). It's a cheap part but without it you need to buy a new motor... I was lucky and found one on Kleinanzeigen. 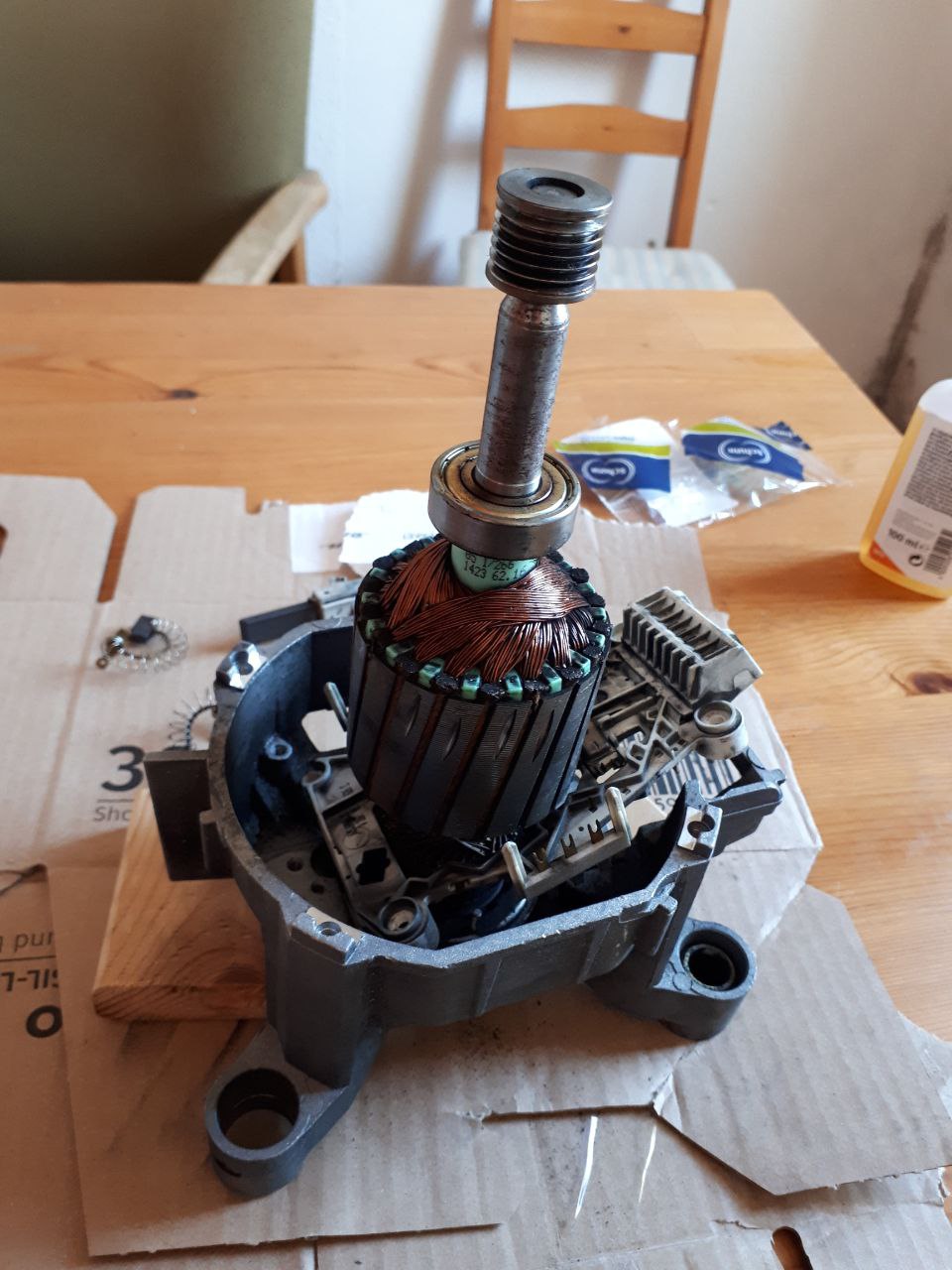